Spanish La Liga giants Barcelona and Real Madrid both lock horns this weekend in the highly-anticipated El Clasico clash and it looks set to be an exciting tie given the current form of both teams. Judging by their current results, it’s hard to predict who would come out on top in this tie, but what is ultimately possible to predict is how Barcelona will line up for the clash. 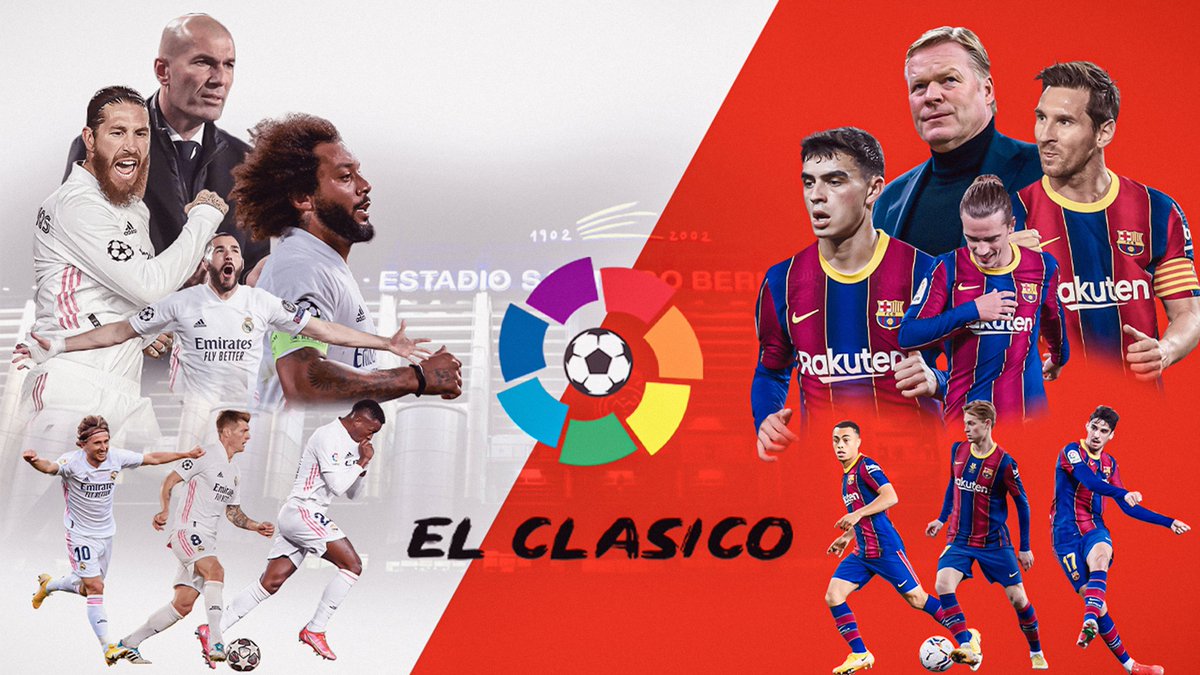 With Atletico Madrid already slipping up in the title race, the winner of this game could go on to be crowned the La Liga champions at the end of the season.

Here’s how Ronald Koeman could select his players for the tie.

The manager will most likely make some tweaks and adjustments to his team and could reinstate Ronald Araujo in the starting lineup at the heart of the defense. Gerard Pique could feature in the tie but given that he is not fully fit, things could change.

If Araujo is reinstated, it could mean that there’s no space for Oscar Mingueza in the starting team.

Koeman may not make any changes to his midfield and could utilize the favored duo of Busquets and Pedro who are both most likely to start. However, there is a debate on where Frenkie De Jong would be deployed.

Messi’s current form and status mean he’s undroppable and will start the fixture. Where the concern lies is the players that will partner the club captain in the attack.

French winger Ousmane Dembele is a rejuvenated man and could be rewarded with a starting spot after helping the Blaugrana secure all three points with a stoppage-time goal in their last match against Real Valladolid.

Griezmann is the man whose place in attack is under question. His presence in the starting lineup could be hampered by a Frenkie De Jong return in midfield. However, he could still have a role to play in the match regardless.