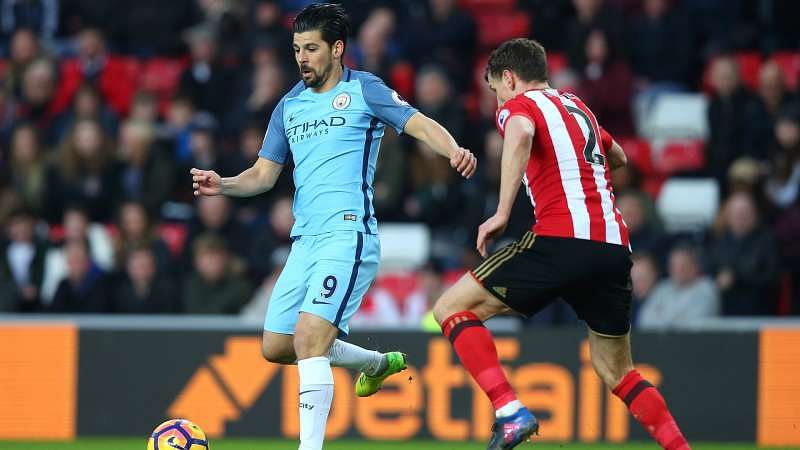 The former Celta Vigo attacker joined the Citizens for &pound13.8m last summer after he got the chance to work with Catalan tactician Pep Guardiola.

Nolito made a bright start to his Citizens career with six goals and two assists in his first 10 outings, but he therein fell out of favour under Pep with Leroy Sane being preferred ahead of him in the pecking order.

The ex-Barcelona man had been restricted to just nine league starts over the course of the previous season, and he now hints that he could move on in order to reclaim his place with Spain for the 2018 World Cup, he told El Transistor: “I am under the contract, so the club will decide, but I want to leave. I haven’t played in six months. I will do everything possible to make Spain’s World Cup squad.

“I have learnt very, very little English – it’s very hard. Just ‘tomorrow’, ‘good morning’, ‘good afternoon’ and a little more. My daughter’s face has changed colour — it looks like she’s been living in a cave.”

Nolito was rumoured to have met up Sevilla sporting director Oscar Arias, but he has now cooled the speculation by citing that he bumped into the latter while picking up a coffee during a shopping trip. The three-time Europa League champions are nevertheless expected to lodge a potential loan approach for the Spanish forward with an obligation for a permanent deal at the end of next season.

The 30-year-old snubbed advances from the likes of Barcelona in order to pursue a switch to England, but he admits that the rainy weather in Manchester has given a tough time for him as well as his family. Nolito had been a regular in the Spain setup prior to his Citizens move, and a return to La Liga could enhance his chances of making the cut for the World Cup squad.