Three-time champions Spain have been one of the major stories so far at the ongoing Euro 2020 tournament after manager Luis Enrique and his players failed to win any of their first two group games despite enjoying home advantage in Seville. Knockout stage qualification is in serious doubts for Spain in Group E following the failure to win any of their first two games against Sweden and Poland. 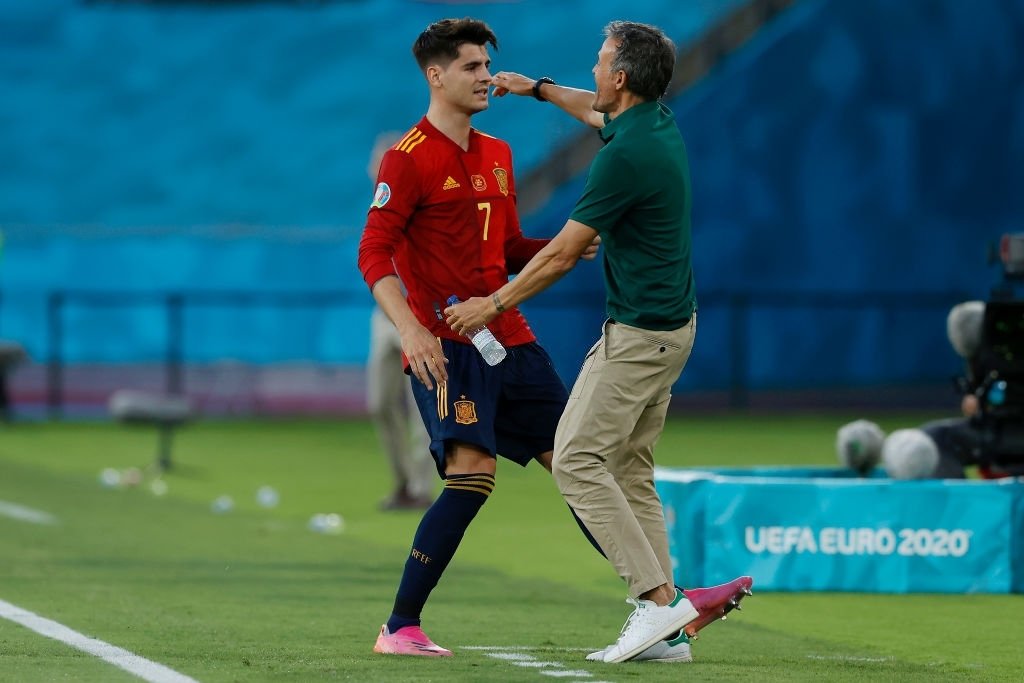 Luis Enrique and his wards have been criticised and rightly so after a feeble start to Euro 2020 in Group E. When the draw for Euro 2020 was made several months ago, few would have predicted that Spain would be facing elimination at the end of their second match in the group. As a matter of fact, Spain could end up at the bottom of their group if results go against them when the last set of group games are played on Wednesday evening. Spain will finish bottom of Group E if Poland beat Sweden in the other group game and they fail to beat Slovakia in their own match.

Spain manager Luis Enrique raised eyebrows with his team selection as he picked 24 players and not the 26 players allowed by European football’s governing body, UEFA. He also left out players like skipper Sergio Ramos, midfielder Saul Niguez, Pedro Rodriguez and many more. Luis Enrique opted for youthfulness over experience and he has paid dearly for it in his first two Euro 2020 games.

Spain started their Euro 2020 campaign with a disappointing goalless draw with Group E leaders Sweden in Seville. The Spanish team dominated the game but struggled to create chances. The ones created were wastedwith Juventus striker Alvaro Morata the most culpable. Morata redeemed himself a bit in the second game when he scored the opener against Poland in the first half of their game in Seville. The Polish team came pick a point from the game via a 1-1 draw thanks to the goal from Bayern Munich superstar Robert Lewandowski in the second half.

Spain have two points from two games and they need to beat Slovakia in their final Group E encounter later this week to guarantee a place in the next round.