Real Madrid defender Dani Carvajal has signed a new deal at the club with the La Liga giants keen to avoid a repeat of the Raphael Varane situation. Frenchman Varane has signed for Manchester United in a deal that could be up to £41m, add-ons inclusive. Real Madrid were in a weak position with the Varane transfer as he hadone year left on his contract this summer. The La Liga giants had to sell Varane to Manchester United or risk losing him for free since the central defender was reluctant to sign a new Real Madrid deal. 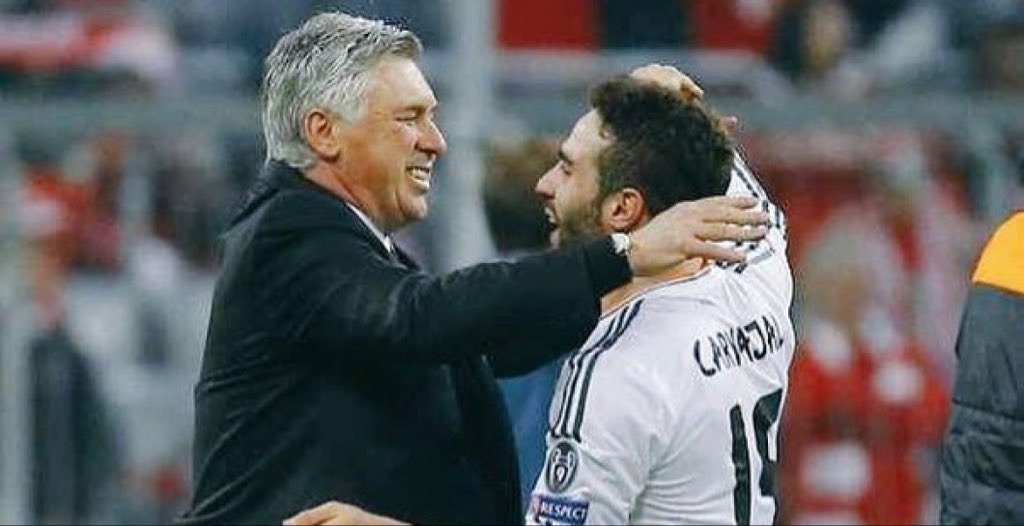 Spain national team player Carvajal has signed a new four-year at Real Madrid as announced by his Spanish team at the end of last month.

Media portal AS Diario revealed that Spain national team right-back Carvajaland Real Madrid had agreed the terms of the new deal towards the end of last season. It was disclosed that the final parts of the new contract were discussed this summer.

Spanish international Carvajal has been given a new deal despite missing the majority of last season through injury. The Spain national team defender spent a lot of time in the treatment room. He missed 37 games for Real Madrid in all competitions.

Carvajal came through the youth setup at Real Madrid before he was snapped up by Bayer Leverkusen in the German Bundesliga. He spent one year at Leverkusen before returning to Madrid eight years ago. Since his return to Real Madrid, the Spanish player has won two La Liga titles and four Champions League titles. Carvajal was an important of the Real Madrid squad that won the Champions League title in three straight seasons.

Spain defender Carvajal has one game to go before reaching the landmark of 200 games for Real Madrid. With the new deal, it’s just a matter of time before he reaches the 200-game landmark.