Liverpool maintained their perfect record in the Champions League this season thanks to the 2-0 win over Atletico Madrid FC of Spain. The Reds scored two first half goals against the team from Spain to make it four wins out of four games in Group B. 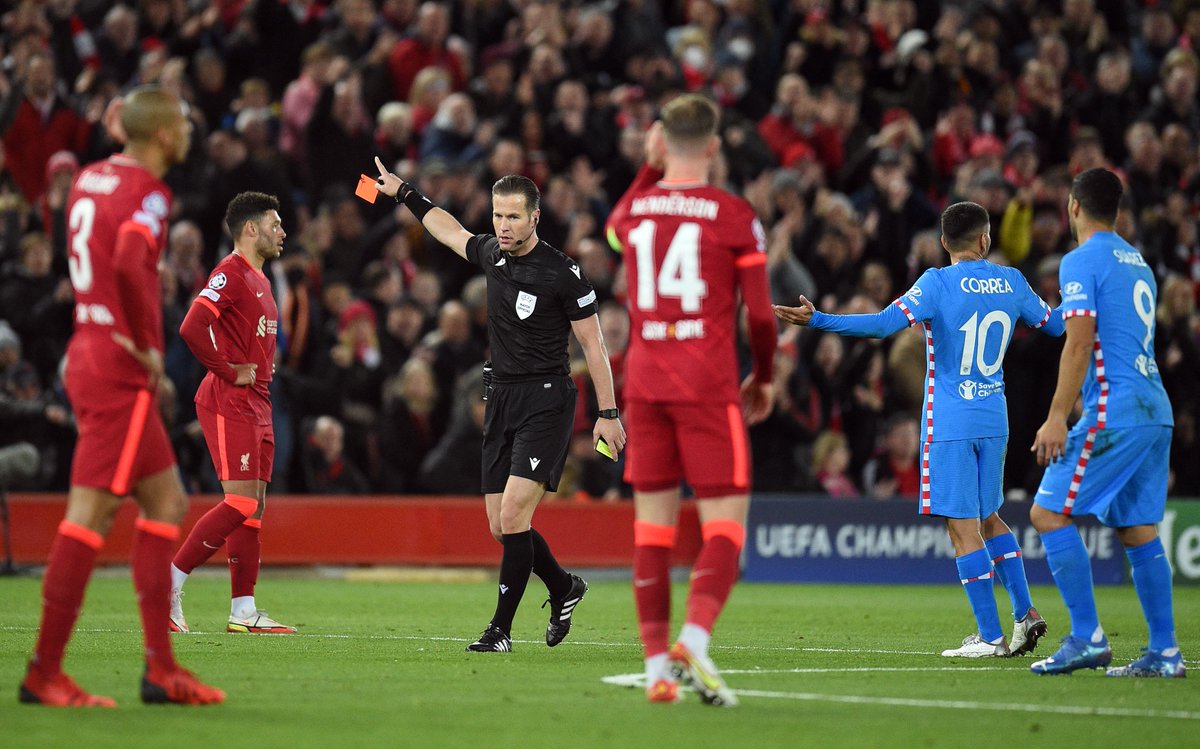 Hosts Liverpool got off to a good start when Portugal international Diogo Jota scored on 13 minutes off the assist from England international Trent Alexander-Arnold. Jota was given the nod in the Liverpool attack ahead of Brazilian star Roberto Firminoand alongside the African duo of Mohamed Salah and Sadio Mane. The Portugal national team player repaid the faith from Liverpool manager JurgenKlopp with the opening goal. Mane added a second goal for Liverpool to take the game away from Atletico Madrid.

The game was over as a contest after the team from Spain had a man sent off with nine first half minutes left on the clock. Brazilian defender Felipe was given a straight red card for two yellow cards in quick succession. The centre referee wanted to give Felipe a yellow card for his foul on Mane before he added a second yellow card for the failure to answer his call.

Liverpool are through to the knockout stage of the Champions League with their latest result against Atletico Madrid, while the team from Spain have a lot of work to do to secure a place in the knockout stage. Atletico Madrid have dropped one place to third with the latest defeat to Liverpool as they were replaced by FC Porto in second place after their 1-1 draw at the home of bottom team AC Milan.

Porto and Atletico are on five and four points respectively, while Milan have one point. All the three teams have played four games in Group B.