It would be an understatement to say that German champions Bayern Munich have been utterly dominant against Barcelona in recent Champions League meetings. Ahead of their latest outing, Bayern had won the last three games and that excellent record continued as the Bavarian giants made it four wins in a row at the expense of the team from Spain. Bayern Munich beat Barcelona 3-0 to ensure that the recent good record against the La Liga side will continue. 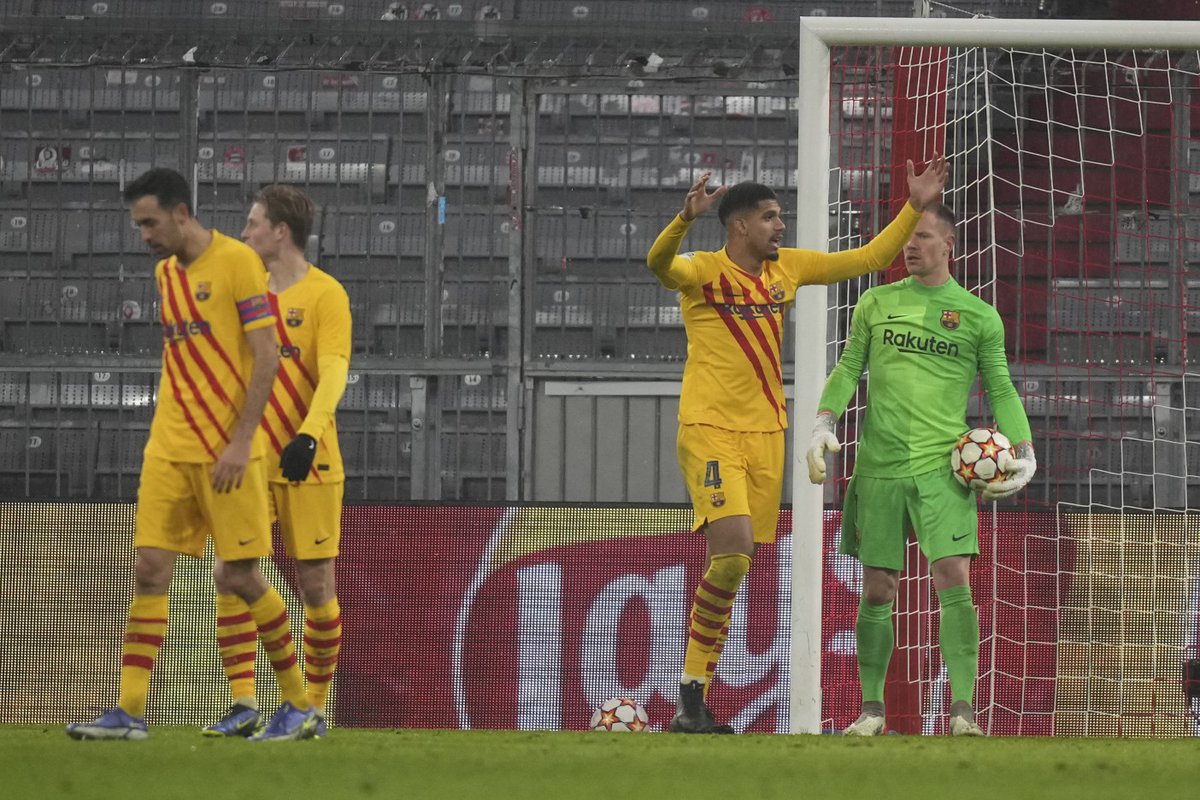 Bayern Munich had already qualified for the Champions League knockout stage as Group E winners when they played hosts to Barcelona at the Allianz Arena on Wednesday. On their part, the team from Spain still had work to do to join the Bavarian giants in the round of 16 as far as this season’s Champions League campaign is concerned. Barcelona needed to beat Bayern Munich away from home to secure their spot in the next round. In the end, they could not pull it off as they lost to the goals from the likes of Leroy Sane, Jamal Musiala and the experienced Thomas Mueller.

Barcelona started the game well defensively as they kept the potent Bayern Munich attack quiet until the injury to Spain national team left-back Jordi Alba disrupted the Barcelona defence. Oscar Mingueza came on for the injured Alba and he should have done better for the first goal of the game scored by Mueller. Barcelona Academy graduate Mingueza struggled with the pace of the game and his poor defensive awareness led to the 34th minute opener from Bayern Munich legend Mueller. Sane added a second goal nine minutes later before Musiala sealed the result with the third and final goal on 62 minutes.