SPAIN IN FOUR-GOAL THRILLER AGAINST CZECH

Former world champions Spain were involved in a four-goal thriller with the Czech Republic in Group A2 of the ongoing UEFA Nations League as they came from behind to rescue a 2-2 draw. The Spaniards had to come from behind against their hosts on two occasions. 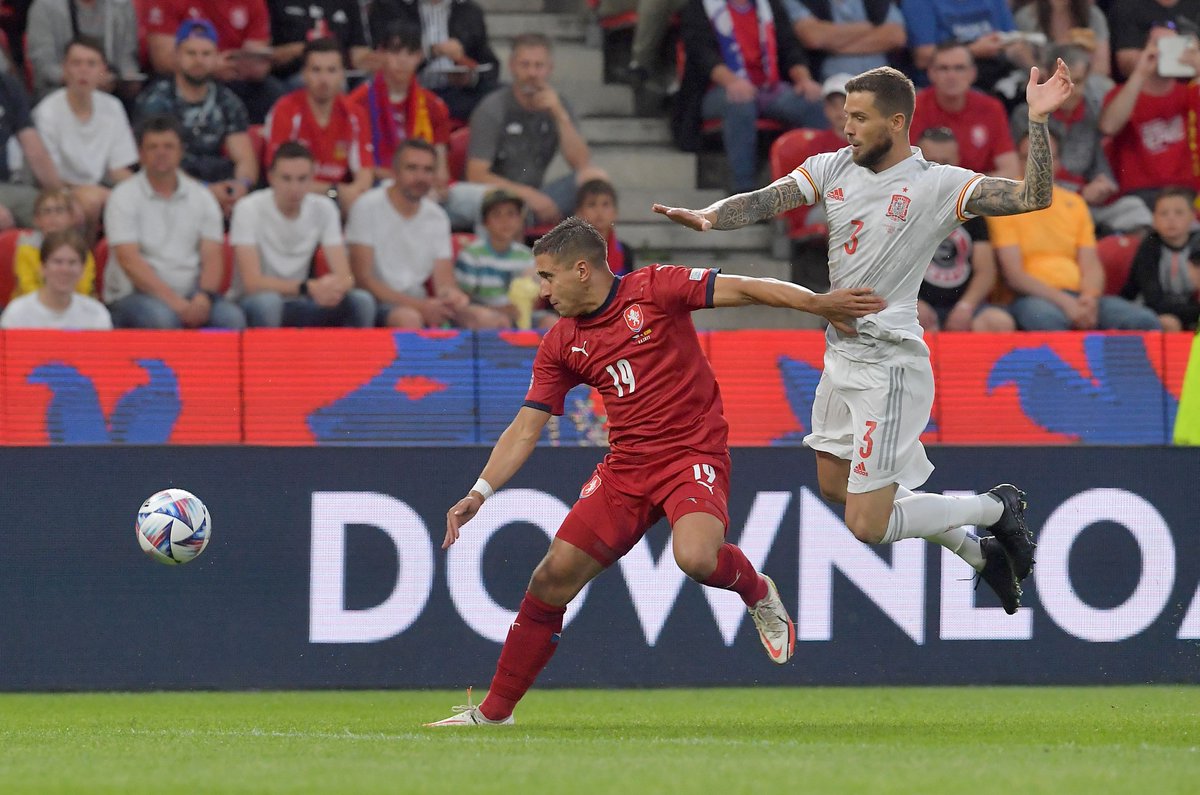 Sparta Prague winger Jakub Pesek gave the Czechs a fast start at the expense of the 2010 World Cup winners. Pesek scored the first goal of the game in the fourth minute and his team protected the lead until Barcelona midfielder Gavi equalised for the visitors in the third minute of first half added time. Gavi became the youngest goalscorer for Spain when he scored the equaliser in first half added time. Lokomotiv Moscow forward Jan Kuchta helped the Czechs regain the lead around the midway point of the second half, but they were unable to hold on to the lead just like what happened with the first goal. Inigo Martinez scored a late equaliser forSpain to ensure that the two teams finished the game with a point each. The two teams earned a point from the game after scoring two goals each.

Spain have now drawn their last two international games with the said games coming in the UEFA Nations League. The Spaniards were on a run of six straight wins before the 1-1 draw at home to Portugal on Thursday.Sporting Braga winger Ricardo Horta came off the bench to score  the Portugal equaliser eight minutes from time after Alvaro Morata had given Spain the lead on 25 minutes. Horta had come on for AC Milan forward Rafael Leao ten minutes before the equaliser. The Czech game made it two straight draws on the back of the impressive six-game winning run.

Spain are winless in their first two games in Group A1 and they can secure their first win when they take on hosts Switzerland in their third group game on Thursday.