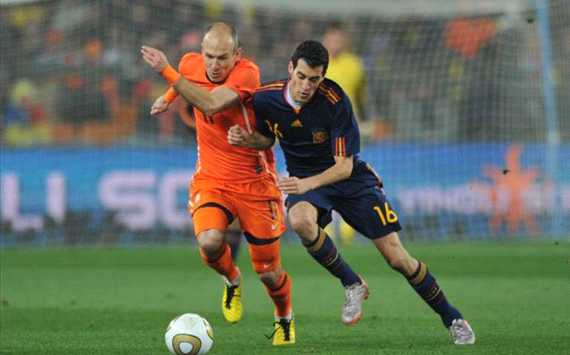 The new Spain, national team coach, said that he has been observing the national team for quite some time and he feels that there needs to be a new winning mentality in the team. He said that the players have become quite comfortable and it is up to the manager to bring this motivation and determination in the team. END_OF_DOCUMENT_TOKEN_TO_BE_REPLACED

Who would wears that?!

Neon boots, sarongs, gold cars! No one said footballers had any sense of style. Footballers might be well paid but style cannot be bought.

The football bets team at Paddy Power have devised a quiz of the most recognisable players and their accessories from boots to sports cars, can you guess who owns what?

Is Iker Casillas international career over?

On June 30 of 2016, Vicente del Bosque decided to step down from coaching the Spanish national football team and around 1 month later, it was confirmed that Julen Lopetegui was the man selected to replace Vicente del Bosque and become the new coach of Spain.

Even with this managerial change in the Spanish national side, it seems like Iker Casillas can’t change his fortune as he has had to settle with a place on the sidelines as a 2nd choice goal-keeper behind David de Gea.

Iker Casillas is 35 years old and it’s not surprising to see such a veteran player having to be dropped more regularly to the bench while other younger performers are getting the chance to showcase their skills and this is the case of David de Gea from Manchester United.

David de Gea has already demonstrated his skills and he is deserving of taking up the 1rst spot in the Spain national team. The young shot-stopper is considered to be as one of the best goal-keepers in the world along with: Manuel Neuer and Thibaut Courtois.

For the entirety of Iker Casillas career he has been the main man in between the posts for Spain but times change and with the uprising of David de Gea, it’s hard to deny that the star player of Manchester United is a world class player and that he truly does deserve to become the new undisputed shot-stopper of Spain. END_OF_DOCUMENT_TOKEN_TO_BE_REPLACED

Real Madrid could release the Columbian skipper this summer for a move away from Spain, according to reports making the rounds.

Express Sport claims that Chelsea coach Antonio Conte has received the go-ahead to submit a bid for the player as he is desperate for playing time. The report claims that the management would allow the deal of up to £60 million go through if the coach deems him an asset.

Real Madrid coach Zinedine Zidane does not have Rodriguez on his priority list and isn’t keen to adjust the current to make him fit in, despite the huge transfer fee spent on getting the Columbian after the 2014 World Cup. However, popular Spanish football pundit Guillem Balague told Sky Sports that Madrid could be the ones behind the story to attract bids from interested clubs. Chelsea remains the top club keen on landing Rodriguez.

“Real Madrid will be happy to let James go this summer. It’s been reported Chelsea are willing to pay £60.1 million for the Colombia international.
“We will see if they are willing to pay that sort of money, but it sounds to me that Real are leaking this story to attract interest in the player. He’s not worth that money and I’m pretty sure Chelsea know that,” Balague said.
END_OF_DOCUMENT_TOKEN_TO_BE_REPLACED

Phil Neville has announced that he is going to leave Valencia during the summer.

He joined the Spanish club as an assistant when NunoEspirito Santo was named as the manager of the Spanish team. However, when the latter was sacked, his brother Gary Neville was appointed as manager. However, with the sacking of Gary, he remained with the team and worked as a coach for them.

Phil Neville continued with Valencia and became an assistant to the new manager PakoAyestaran until the end of the season. The latter has been given a new contract following his good performance as manager. However, Phil Neville has announced that he is not going to continue as a coach and he wants to make his debut as a manager. END_OF_DOCUMENT_TOKEN_TO_BE_REPLACED

The return match will become an uphill task for Maximilian Arnold and Ricardo Rodriguez.

However, the coach hopes that the team will be able to make it to the semi finals. Zidane, the celebrated coach of Real Madrid has definitely found it hard to consume the defeat that his team faced on Wednesday. Real Madrid played against Wolfsburg on Wednesday which resulted in their defeat. 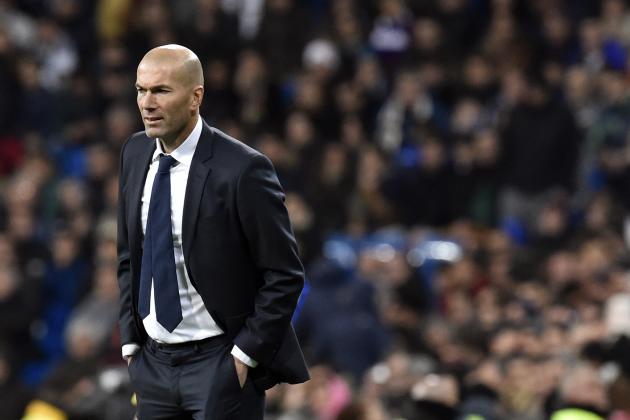 The night was not in their favor. Karim Benzema had suffered an injury which further made things difficult for Real Madrid. The team also made certain mistakes in the game. The mistakes made by Arnold and Rodriguez were damages that were seized upon by their opponents. As a result, it is definitely looking difficult for the team to make it back in the Champions League. The game played on Wednesday ended with the Spanish giants being defeated by Wolfsburg at 2-0.

Even though mistakes were made, several chances were attempted by the team to put a goal in place, but the goalkeeper of the other team prevented their attempts from being successful. END_OF_DOCUMENT_TOKEN_TO_BE_REPLACED

Earlier in January Vicente del Bosque stated that he was thinking about leaving his managerial position in the Spanish national football team. The 65 year old coach was believed to be stepping from his spot in the national side when the 2016 Euro’s reaches it’s end on June.

Vicente del Bosque initially took charge of the Spanish national side on March of 2008 and he has lifted the FIFA World Cup and the UEFA European Championship title ever since becoming the manager of Spain.

The veteran manager has spent around 8 years in charge of Spain and it seemed like his time was reaching it’s end but Vicente del Bosque is turning around on his decision to step down from coaching the Spanish national side as he said: “We’ll talk about my future as and when. I’ll always try to help Spanish football wherever I am. Of course, I’ll be there for whatever they need. Whatever I decide will in no way harm the federation or the national team.” END_OF_DOCUMENT_TOKEN_TO_BE_REPLACED

Derby County have been flying high in the Championship

+Derby County have been flying high in the Championship and this provides defender Stephen Warnock with a great opportunity to return to the Premier League.

The former Blackburn Rovers defender has not been seen in the top division for the last few years. Regarded as one of the finest attacking left backs, he has found it difficult to find top clubs interested in his services especially after the failed to spell at Liverpool. He came through the ranks at the Merseyside club before joining and playing for the likes of Blackburn Rovers and Aston Villa.

Even though his team has enjoyed a great run in the Championship, Warnock is experienced enough to know that this league is extremely hard to maintain the same form throughout the season. The leaders continuously change between now and the end. This gives the likes of Middlesbrough and other teams part of the chasing pack hope that they can qualify for the Premier League as group winners. The game against Leeds will also be special for Warnock since it would mean a return to Elland Road for him. Warnock represented the club for two years before joining Derby in the summer for an undisclosed fee. END_OF_DOCUMENT_TOKEN_TO_BE_REPLACED

Iker Casillas will not be taken out of international duty

Former Real Madrid goalkeeper Iker Casillas will not be taken out of international duty following his move to FC Porto according to national team boss Vicente del Bosque.

The Spain manager has been expected to drop Casillas since he is no longer playing for a top club like Madrid. However, FC Porto are top club in their own right and we’ll be playing in the Champions League just as they have done for several seasons continuously. This means that Casillas will have his opportunities on the big stage. However, questions have been asked about the form and longevity of the player.

At 34 years of age, Casillas is not getting younger anytime soon. He is entering the twilight years of his career, but he is already the record holder in terms of number of appearances for the Spanish national team. Few players have managed to make more than 150 appearances for their national teams, but Casillas is already on 162. There are a number of great goalkeepers waiting on the wings to take over his position. David de Gea is amongst one of the chief contenders and he is likely to join Madrid in the summer. Vicente del Bosque may struggle to keep Iker Casillas in the first team ahead of De Gea. END_OF_DOCUMENT_TOKEN_TO_BE_REPLACED